“We are happy to contribute to this project and the cleaning of the world’s oceans. Furthermore, it is a good example of our many strap applications”, says Jesper Fink Rathke, Area Sales Manager in Roblon A/S.

The Ocean Cleanup is a non-profit organization that has designed and developed the first large scale method to rid the World’s oceans of plastic. The system consists of a large, u-shaped floating tube. Below the tube is a skirt three meters deep. The tube catches plastic and concentrates it at the center of the u-shape. From here, a periodically returning ship can easily retrieve the collected plastics. The system is autonomous, driven entirely by wind, waves and ocean currents.

By deploying a fleet of systems, The Ocean Cleanup has estimated that 50% of the Great Pacific Garbage Patch can be removed in just 5 years. The concentrated plastic will be brought back to shore for recycling. The revenue gained will help fund the cleanup expansion to the other four ocean gyres. The first system was deployed in the Pacific this summer, and a total of 60 systems is planned.

Roblon contributes to the project with our Flexstraps. The straps are used to clamp stabilizers to the main tube, ensuring the stability of the system, even in high seas. Roblon is happy to contribute to this project and the cleaning of the world’s oceans. Furthermore, it is a good example of our many strap applications.

Plastic pollution in the World's oceans is one of the biggest environmental issues of our time. Every year, millions of tons of plastic enter the ocean. A significant percentage of this plastic drifts into large systems of circulating ocean currents known as gyres. At the center of these gyres, huge fields of concentrated plastic is formed. The Great Pacific Garbage Patch offshore California is estimated to cover more than 1.6 million square kilometers, the same area as France, Germany, Spain, and Poland combined.

Follow The Ocean Cleanup project on: https://www.theoceancleanup.com/
The photo is from the website and illustrates the system deployed in the Great Pacific garbage Patch, October 2018. 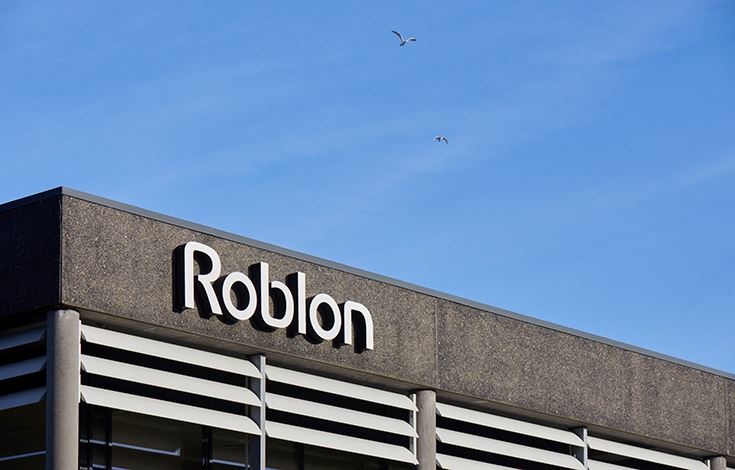